NEW YORK, NY, June 8, 2017 – The Fellows of the American Association of Nurse Practitioners (FAANP) have selected Mr. Donald Jonas and Mrs. Barbara Jonas as 2017 Honorary Fellows. Mr. and Mrs. Jonas will be honored at the 2017 FAANP Induction Ceremony on Thursday, June 22, during the AANP 2017 National Conference in Philadelphia.

FAANP’s Honorary Fellows are non-nurse practitioners who have demonstrated outstanding leadership areas important to nurse practitioners, including practice, education, policy and research. Mr. and Mrs. Jonas, who founded the Jonas Center for Nursing and Veterans Healthcare, have advanced the nurse practitioner role by providing future nursing leaders with the tools, education and support to carry the role towards a bigger, brighter future. 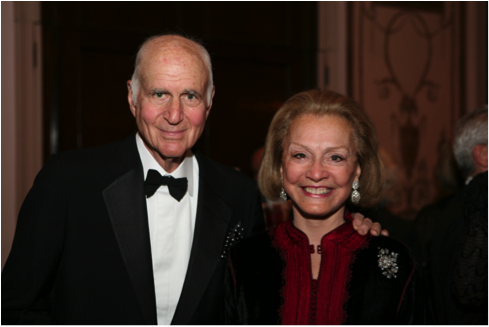 “Mr. and Mrs. Jonas have demonstrated extraordinary generosity, vision, and innovation in establishing the Jonas Center, which has provided meaningful support for the role of nurse practitioners,” said Dr. Rohan.

“The Jonas Center has been a crucial organization for empowering nurses across the country and we look forward to seeing how future generations will benefit from the Jonas’ philanthropic actions and dedication to the field.” Dr. Rossiter added.

The American Association of Nurse Practitioners (AANP) is the largest professional membership organization for nurse practitioners (NPs) of all specialties. AANP provides legislative leadership at the local, state and national levels, advancing health policy and promoting excellence in practice, education and research, which aligns with the Jonas Center’s dedication to improving healthcare by furthering nursing scholarship, leadership and innovation.

About the Jonas Center for Nursing and Veterans Healthcare

In 2006, Barbara and Donald Jonas established the Jonas Center for Nursing and Veterans Healthcare, the leading national philanthropic funder dedicated to improving healthcare by advancing nursing scholarship, leadership and innovation. Its two main programs are the Jonas Nurse Leaders Scholar Program, which aims to address the dire shortage of nursing faculty by preparing nurses with doctoral degrees to step into this critical role, and the Jonas Veterans Healthcare Program, which seeks to improve the health of veterans by supporting doctoral-level nursing candidates committed to advancing veterans’ healthcare. These programs currently support more than 1,000 doctoral Nurse Scholars nationwide.