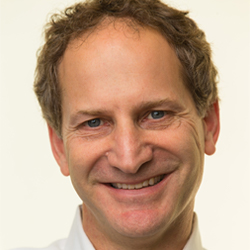 Michael Green is Chief Executive Officer at the Center for Environmental Health (CEH) which he founded in 1996. CEH is a leading advocate for comprehensive chemical policy, and uses both a carrot and stick to change corporate behavior in order to protect people from illnesses related to pollution in our air, water, products and food.  CEH has been hired by both corporations and government agencies to design policies that will protect the public from exposure to toxic chemicals.

Prior to founding CEH, Michael designed a solid waste management plan for the Tibetan refugee community in Dharamsala, India, and cared for the sick at Mother Teresa’s mission in Calcutta. He is a recipient of The California Wellness Foundation’s Leadership Award, and has also been awarded the prestigious Compassion in Action Award for his work protecting children from lead by the Dalai Lama Foundation.

Michael Green has worked in government in Washington DC at both the US Department of Energy’s Office of Environmental Management and the US EPA. He has an MPP in Public Policy and an MS in Natural Resources, both from the University of Michigan. He reports directly to his two direct supervisors:  Dylan Green, born in 2007 and Juliette Green, born in 2008.