Purcell will expand current partnerships with an emphasis on growing awareness about how commonly used toxic substances are impacting children’s health – a new integral area of expertise that she has been spearheading for the Jonas Family Fund and the Jonas Center for Nursing and Veterans Healthcare. Specifically, she will examine ways to partner with academic institutions to more effectively integrate environmental health into the larger healthcare system, particularly for children. 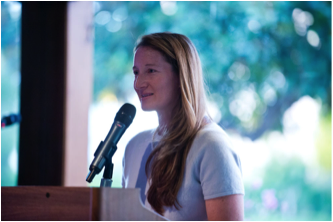 The Jonas Center for Nursing and Veterans Healthcare is providing additional support on environmental toxics through its acclaimed Jonas Nurse Leaders Scholars Program, which will dedicate scholarship funds for nursing students pursuing doctoral degrees with a focus on environmental pollutants and their impact on human health.

“When the Jonases created the Family Fund a decade ago, it was their hope that philanthropy would become a passion for future generations. Lendri quickly joined her grandparents’ endeavor and shares their vision to help improve the world through thoughtful, targeted giving,” said Darlene Curley, MS, RN, CEO of the Jonas Family Fund and Executive Director of the Jonas Center. “Her growing leadership will guide the Family Fund forward in the years to come.”

Purcell has employed the Jonas model for over a decade, pairing grant-making with advocacy and convening. She led the Jonas Youth Initiative, which focuses on at-risk youth and families in the San Francisco Bay Area. Serving as Program Director of this arm of the Family Fund, Purcell directed giving to youth development programs that provide mentoring, paid internships/career development and mental health support.

Purcell’s growing interest and concern about environmental toxics began in her role as mother to two young children. With newfound understanding of the risks associated with some commonly used chemicals in consumer products, Purcell is now able to put significant resources behind expanding knowledge and advocating to eliminate environmental pollutants wherever feasible. One dimension will involve the use of innovative marketing tools that will enhance parents’ and families’ understanding of the science of environmental health and means to prevent toxic chemical exposures.

“My grandfather was looking for an ‘underdog’ cause when he set out to create the nation’s leading nursing philanthropy. I see a similar opportunity in addressing environmental health,” said Purcell. “From the widely publicized clean water crises, for example, to the proven health, societal and financial impacts of toxics found in the products we use daily, there is little doubt that we have a major problem on our hands – and a moral imperative to take action.” 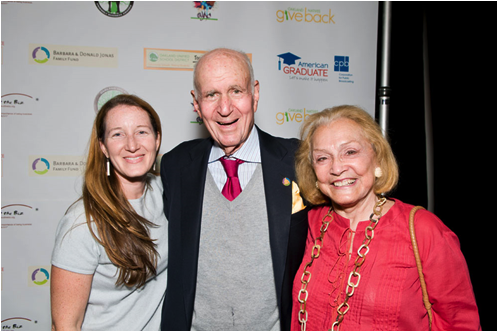 Purcell carries forward her grandparents’ vision to see the impact of their giving in their lifetimes. Noted art collectors, in 2005 the couple auctioned 15 artworks from their abstract expressionist collection – in a sale that generated $44 million – to seed the Barbara and Donald Jonas Family Fund. A year later, they launched the Jonas Center for Nursing and Veterans Healthcare, the Family Fund’s primary focus. As it marks its tenth anniversary this year, the Center celebrates its founders’ progress in preparing 1,000 nurse faculty and clinical leaders.

The Family Fund also supports mental health – efforts led and inspired by Barbara Jonas, a psychiatric social worker. Environmental health will become a new arm of the Jonas Family Fund and will also be incorporated into the existing focus areas when possible.

“From the beginning, it was our hope and our privilege to involve our children and grandchildren in our giving,” said Donald Jonas. “We are so proud to see Lendri applying our Family Fund to address issues of major societal import. To witness the impact of her work – improving the lives, health and well-being of others – is one of the greatest rewards of family philanthropy.”

The Barbara and Donald Jonas Family Fund supports the Jonas Center for Nursing and Veterans Healthcare, the Jonas Youth Initiative and the Jonas Mental Health Initiative. It also provides funding for programs focused on environmental health and low-vision/blindness. Established in 2005 with monies raised through an auction of a portion of the family’s noted contemporary art collection, the Jonas Family Fund seeks to promote a model of grantmaking that pairs advocacy and convening to improve the lives, health and well-being of others.