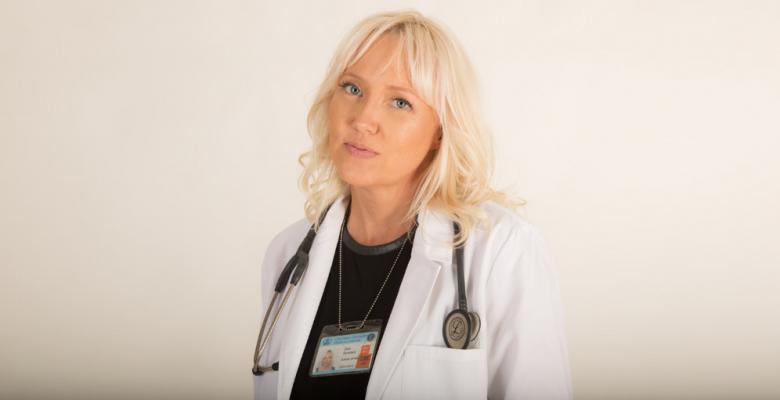 When Dyan Summers’ patient suggested he might have a disease called “Zika Fever” in 2013, she was dubious.

In her 15 years as a certified nurse practitioner specializing in tropical medicine, Summers had diagnosed malaria, Dengue fever and at least one case of Cutaneous larva migrans—a thread-like worm lodged in a patient’s leg.

And while she has traveled to 37 countries, she had only read about Zika, a 2008 case where two American scientists contracted it in Senegal. Summers’ patient had a head-to toe-rash and exhaustion, classic symptoms of dengue, or Chikungunya, a mosquito-borne disease.

But as Summers has learned over her years working as a healthcare practitioner, most recently at Travelers Medical Service in New York City, “You listen to your patients, even if what they’re saying sounds a little wacky.”

This patient was an adventure traveler, and had read an article about Zika while traveling through French Polynesia. As her assistant drew blood, Summers did some online research, and then called the CDC.

“I think I have the first American traveler with Zika sitting in my office,” she said, before sending blood samples to its Atlanta headquarters. The CDC confirmed the case.

Summers’ patient recovered, and his case was the basis for an article she wrote for theJournal of Travel Medicine, and the portfolio she put together in order to earn a doctorate of nursing practice—her third Columbia degree—from the Columbia University School of Nursing this spring. The New York Times quoted her during the recent outbreak of the disease. It is just the latest achievement for Summers, whose educational attainment would have seemed as unlikely to her as that rare case of Zika.

A native of Idaho Falls, Idaho, Summers grew up in a trailer in a farm community and enrolled in a nurse’s aide training program in high school. The experience gave her the confidence to enroll in a correspondence course and earn an associate’s degree from Regents College.

In 1991, she read an article about disenfranchised New Yorkers caught up in the AIDS epidemic, and moved to the city to work in an AIDS unit. Summers went on to earn a B.S. at Pace University and did volunteer work in Nicaragua, which in turn led her to pursue travel medicine. Certificates from Johns Hopkins soon followed, in tropical diseases and travel medicine. In 1997, she earned her first degree from Columbia, a master’s from the Mailman School of Public Health. She earned a second as a nurse practitioner from the School of Nursing in 2001.

During winter break 2000, Summers was hiking through the upper Amazon in Venezuela when she met villagers who complained of their lack of healthcare. She founded a nonprofit organization, HealthShare International, to work with indigenous groups in the upper Amazon, and wound it down in 2015. Many of its volunteers came from the Columbia community.

Summers has also worked in home healthcare and as a medical consultant. But it was her 2007 diagnosis of multiple sclerosis that has most changed her.

The medicine she took for it made her feel worse, and she was exhausted all the time. So she began researching her disease and learned about an experimental procedure using angioplasty to increase blood flow in the jugular vein. Summers consulted with David Sperling, an interventional radiologist and an associate clinical professor at Columbia University Medical Center who, after careful study, performed the procedure in 2009.

It changed her life. Her balance and cognition improved. She has since made exercise and diet a priority, has hiked Venezuela’s 10,200-foot Mount Roraima twice and is an amateur natural fitness competitor, which is akin to bodybuilding.

“I’m in the best shape of my life because of the MS,” she says. “You wouldn’t know that I have a serious disability.”

Her interest in fitness led Summers to start another nonprofit organization while earning her doctorate, EPAC Group (for Enhanced Professional Athletic Care), is designed to bring collaborative medical care and wellness programs to very active men and women who participate in specialized athletic teams. EPAC Group currently has a network of 15 active medical providers, mostly from the University community.

She is confident that her venture will be successful and even serve as a model for similar programs. “Having both my nursing and public health degrees from Columbia perfectly positions me to be a leader in this emerging field,” Summers said.